St. Petersburg is the second most important city in Russia considering the number of its inhabitants, historical background, cultural life, scientific and industrial potential. Located at the eastern end of the Gulf of Finland it stretches along the banks of the Neva river and occupies about 42 islands and islets that form its delta. It is also the capital of the  Leningrad region (Leningradskaya Oblast) that extends from the borders with Estonia and Finland to the shores of Lake Onega and Novgorod region. It is a territory with domination of coniferous forests where mostly rye, oats and potatoes are being cultivated historically. 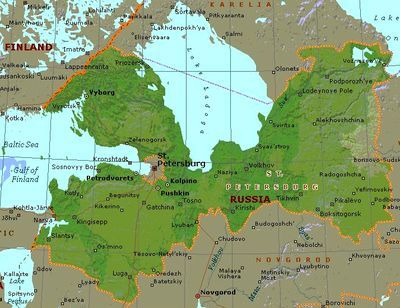 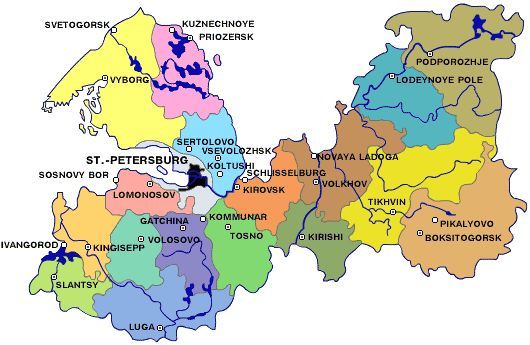